Exhibition “Rromengo drom – A Thousand Years of Roma Migrations” was opened on March 28, 2018 in the Archaeological Museum in Zagreb. The opening was attended by numerous former and present senior officials, representatives of institutions, academics and fans of visual arts. The organizers of the exhibition are the Archaeological Museum in Zagreb and the Croatian Romani Union “KALI SARA” in cooperation with the City of Zagreb.

The exhibition follows the chronological sequence of Roma migrations – first migration from India to Europe and then to Byzantium; second Roma migration in the mid-19th century until the Second World War; the genocide of the Nazi regime over the Roma; third migration of the Roma in the second half of the 20th century; and a presentation of the Roma community in today’s society.The exact time of the beginning of migration is still a subject of consideration, but most historians and scientists agree that migrations have taken place in several different phases, that is to say, that it was not a onetime exodus. Since the history of Roma is intertwined with Indian history for the complete and accurate reconstruction of Roma migrations, one should first and foremost have more information on the history of India. Accurate data from the countries where the Roma lived are also missing. Romani nomadic way of life, lack of confidence and distrust of the domicile population, as well as the brutality of the state authorities towards the Roma, resulted in the loss of much of the historical and cultural heritage.

Despite its turbulent history, the Roma people have managed to preserve their cultural identity during thousands of years of migration. It is always stressed that the cultures of different peoples have influenced the Roma, but it is important to note that Romani culture has also left a striking mark on the culture of the people with whom they came into contact. The Roma were good craftsmen, for example blacksmiths, basket weavers, antique dealers, trough makers, farriers and shoemakers, and brought their craft skills to Europe and other areas they immigrated to. Talented Roma musicians were often invited to the European royal courts while some historical sources also mention dance ensembles that mostly consisted of female Romas.

The exhibition was opened by the Mayor of the City of Zagreb, Milan Bandić, and the President of the Croatian Romani Union “KALI SARA”, Suzana Krčmar. Music was provided by Damir Kukuruzović Django Group as a kind of homage to the music of Django Reinhardt and French jazz violinist Stéphane Grappelli.
As part of the Roma Culture Days event a cycle of lectures on the subject of Romani history
and culture was held in the Archaeological Museum in Zagreb. Professor Ljatif Demir from
the Department of Indology and Far East Studies at the Faculty of Humanities and Social
Studies in Zagreb held a lecture on the topic of Romani Chib – The Impact of Migration on
Romani Language, Professor Tvrtko Jakovina, PhD from the Department of History at the
Faculty of Humanities and Social Studies in Zagreb talked about Samudaripen – Sufferings of Roma during the Second World War and Daniel Rafaelić, B.A. from the Croatian Audio-
visual Centre about the Representation of the Roma in Popular Culture. 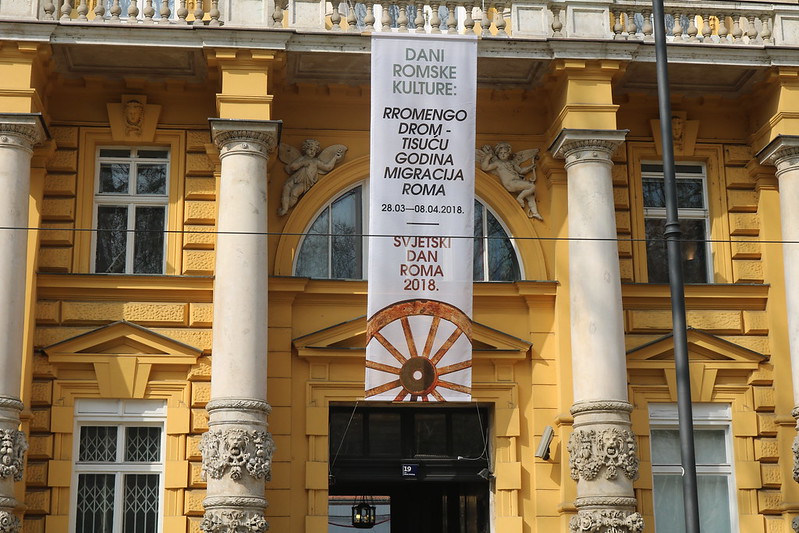 They wanted to bury us, but they did not know that we were the seed

Phralipen - 19. July 2022.
0
International Roma Genocide Remembrance Day - Samudaripen commemorates August 2, 1944 when 2,897 Roma were killed in the Auschwitz concentration camp. The commemoration at the...

What would you call me?

From Srebrenica – I had a dream

Music opens the door to the heart

Veijo Baltzar – A Tale of a Gipsy

An artist is what I am!